A project by Pia Maria Martin and her students, a collaboration with the Villa Arson.

Invited in residence at the Windsor Hotel during this period of health crisis, the video artist Pia Maria Martin had the idea of using the windows of the Windsor Hotel’s deserted rooms as spaces for film projections.

At nightfall, on three consecutive evenings, films will be projected from the inside to the outside, from the domestic space to the public space, from the street to the city. Pia Maria Martin, professor of video at the Villa Arson, has invited her students to take up this project as a proposal to invent another way of working and being visible despite the current restrictions. This event, organised in the urgency to give culture and art public visibility, takes place in place of the Objectif Vidéo Nice festival initially planned for December. This proposal is for Pia Maria Martin and her art students, « a sign that life must go on, against all odds. » 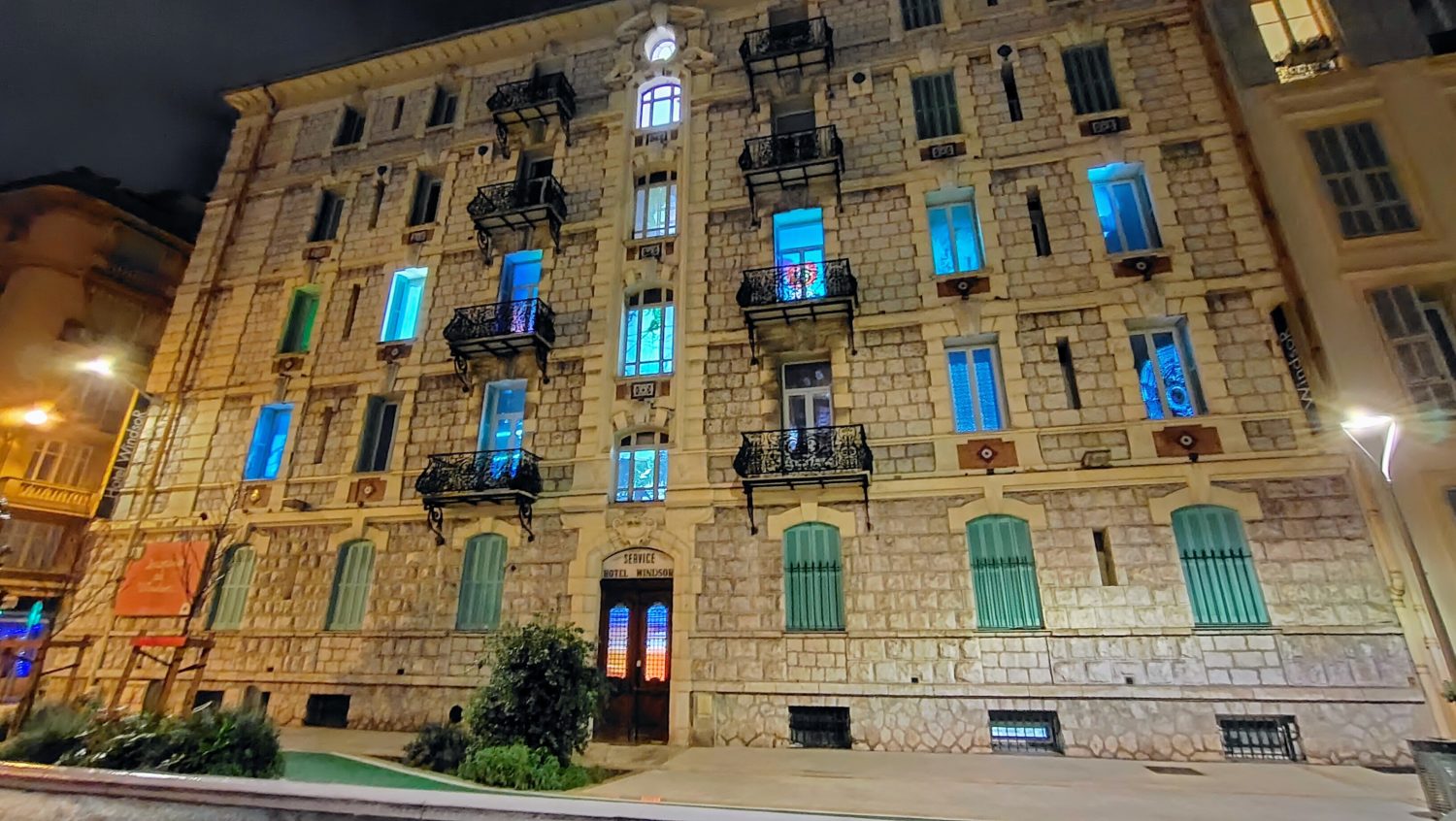