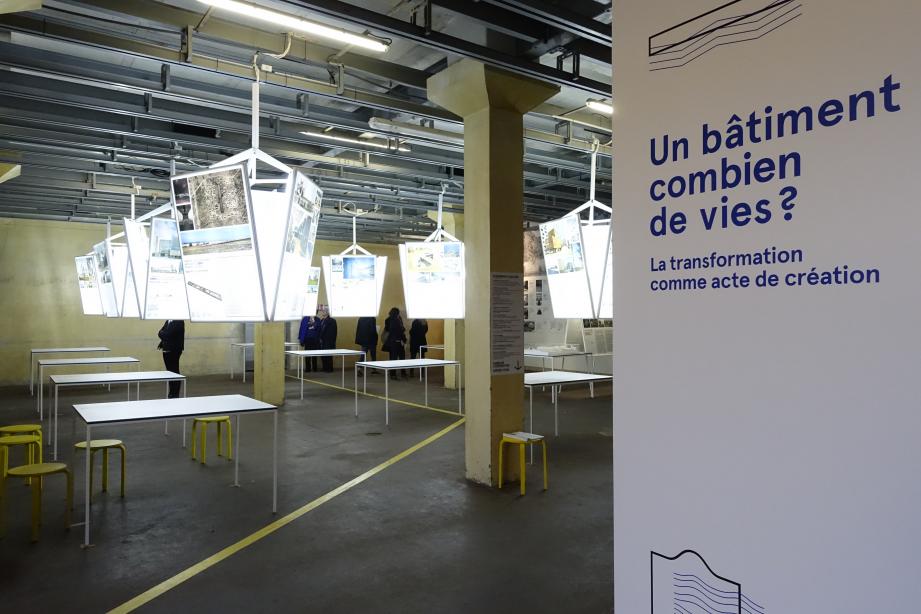 The forum of urban planning and architecture is an exhibition and consultation space, open to the public, focusing mainly on the urban heritage of the city of Nice. For its third participation in OVNi, the Forum d’Urbanisme et d’Architecture continues its work of inserting the representation of architecture through video in a festival mostly open to artists, exploring a form of ridge line between these disciplines of contemporary creation. After previous invitations to artists (João Onofre, Catarina Botelho), a filmmaker (Pedro Cabeleira), architects and designers (Pedro Alonso and Hugo Palmarola) and an author and performer (Patrícia Portela), it is now to the French architect and artist Guillaume Linard Osorio that the Forum proposes to invest its rooms with a video work (« Os Candangos », 2010) and with a layout specifically designed by him for the venue at the invitation of the Forum.

For an iconography of the clean slate: "OS CANDANGOS"

The first shock to the vision of this eight-minute work (born out of a year-long work of frame-by-frame remaking of a cult sequence of Philippe de Broca’s « Man of Rio ») is that of an almost spectral vision of Brasília, in which all bodies have been implacably erased.

In addition to the artist’s discourse, which takes as its narrative springboard the social eradication of the hordes of day laborers from the building that was to be erased from the narrative of the construction of a new capital for the middle and upper classes, What guided the choice of the structure in favor of this work is also the paradoxical and icy topicality of this distancing of bodies in the current sanitary context of « distancing », where the very materiality of the body becomes a source of fear in a stigmatization of physical contact in a kind of « decorporization » of ourselves. Fortunate unforeseen technical hazards in the video, which create random pulsations in the image, seem to evoke a resistance of bodies to their negation that is still current, in a form of temporal bridge at decades of distance. Incidentally, Lúcio Costa and Óscar Niemeyer (urban planner and architect from Brasília) or Françoise Dorléac (whose « L’Homme de Rio » was her first great popular success) all had destinies linked to Nice or the French Riviera, other paths that the Forum offered Guillaume Linard Osorio to seize to propose a new and unique work to offer to immerse himself in his filmic work.