The Nouveau Musée National Monaco (NMNM) promotes the heritage of the Principality of Monaco and disseminates contemporary creation through temporary exhibitions at its two locations – Villa Paloma and Villa Sauber. This approach is part of a unique territory whose history has always been marked by dialogue between artistic, cultural and scientific disciplines and support for creators, thinkers and researchers. 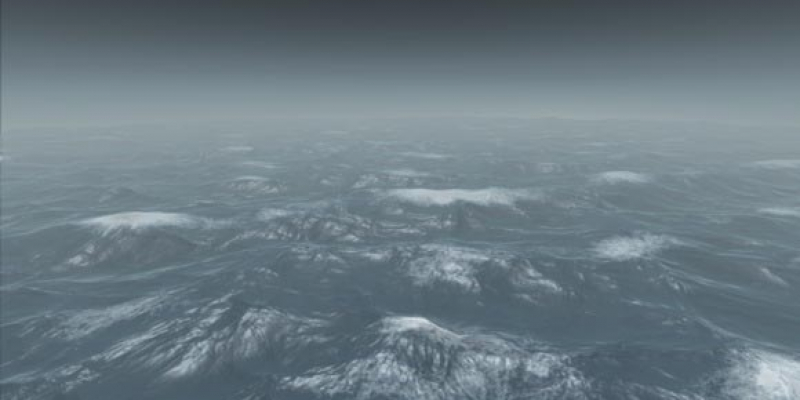 Camera1, Plan 8 is a displacement, in both senses of the word. The video takes us on a journey over the moving surface of a synthetic ocean. The displacement reproduced on this expanse is that of the camera’s visual field in The Rope (Hitchcock, 1948), a film shot in a continuous camera movement. The scene recreated here is one where the camera suddenly moves autonomously around the empty flat as a character describes aloud how the murder -which no one witnessed- could have been committed there. The video’s soundtrack uses this voiceover, sounds from the setting (such as footsteps and doorbells) and the dramatic music that opens and closes the film. Everything refers us to a story that takes place elsewhere, in another space-time beyond our reach. We are caught up in this doubly abstract movement, isolated from its narrative referent and projected into an environment devoid of any beacon that welcomes its vagaries.