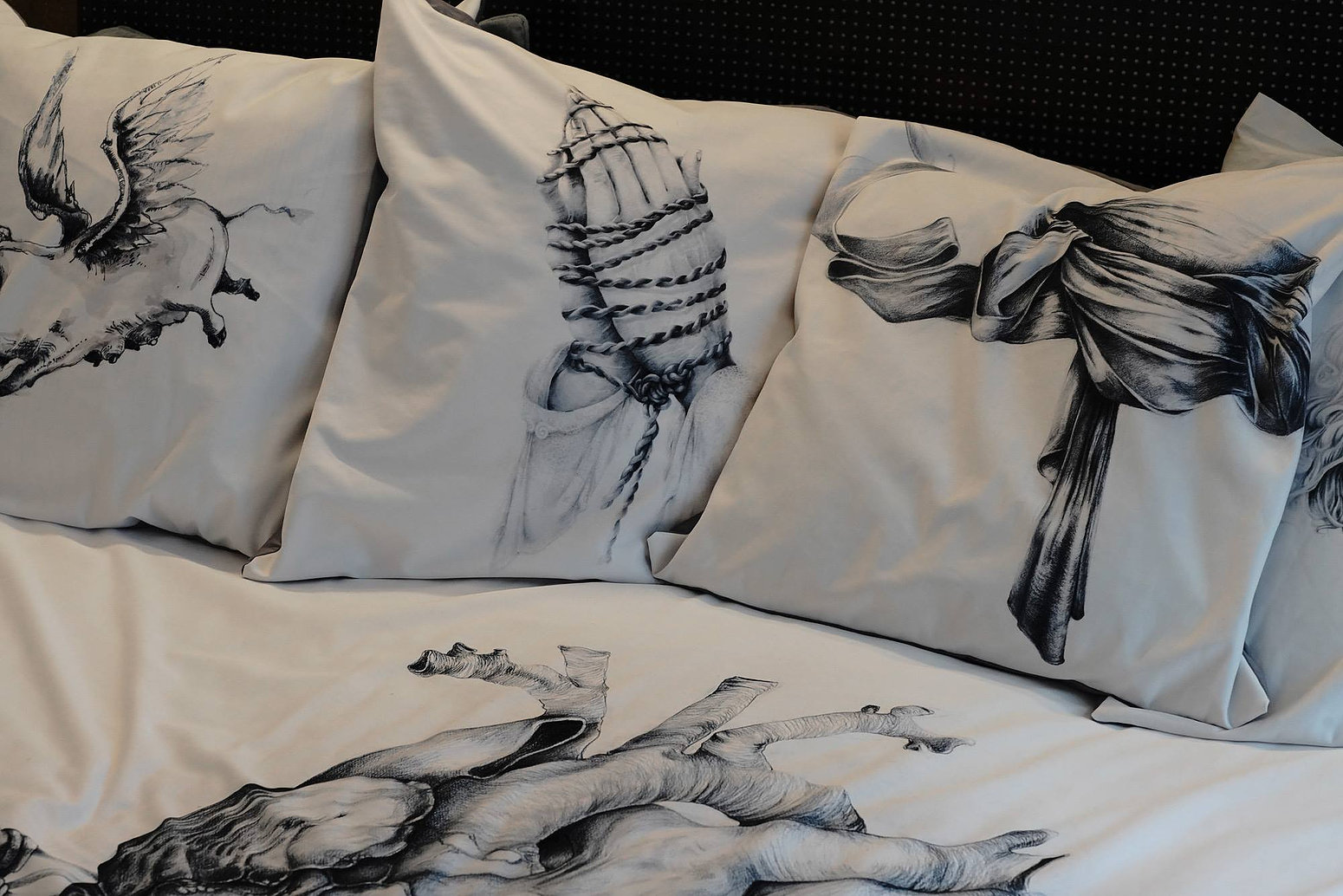 14 seconds of nothing, an eternity of everything.

« Corine Borgnet exhausts worlds to the point of tearing them apart, until boredom pierces a reference to night, insomnia, idleness, that is, the desire for something else.

These worlds are imaginary projections into identified universes, closed in on themselves. There is the world of work, which agitates individuals under a regulatory order and of which the precarious balance of the Tower of Babel is a resurgence. There is the world of childhood, of myths and tales, and then all the in-betweens suggested by his cabinets of curiosity.

If its approach and its subjects are protean, the same crossing of anxieties binds these various spaces, tracks and weaves a melancholy that returns from the outside. A weft, as much narrative as formal, that the motifs’s logic activates like a ritornello. If the toile de Jouy allows to identify bourgeois interiors, it is also what hides the misery of the decrepit walls, like the kitsch that Kundera said was a veil of modesty thrown over the shit of this world. Therefore it is not a question of a return of repressed, but a return outside of any psychic authority, such as an unattainable reality that would resurface, in boredom and absurdity, as in its videos filming « 14 seconds of nothing ».

It is undoubtedly a question of an obsessive gesture driven by an ingenuous desire to go around things, to unfold, in a Sisyphean and derisory way, an « eternity of everything ». «

Corine Borgnet lives and works in Paris and exhibits regularly in France and abroad. In addition to her solo exhibitions (selection) at the Valérie Delaunay Gallery – Paris: Le dernier souper (2020) and Amours éternels (2019), at the Dali Museum – Paris (2019), at The Phatory Gallery – NY (2007 and 2006), at the United Nations – NY (2005), at the Alliance française de Columbia University (2002), her work has been shown in group exhibitions (selection) at the Centre d’art de Comines Warneton – Belgium (2020), at the Musée des Arts Décoratifs – Paris for the exhibition Marche et démarche (2019), at the Musée d’Art Moderne de Paris (2019), at the Centre d’Art Georges V de Pékin (2019), Anatomy of a Fairytale at Pornback – Germany (2018), at the Musée d’Art Moderne et Contemporain de Strasbourg (2016), at the Hybride biennial (2014 & 2021) as well as at the Institute of Contemporary Arts in London (2001) and ArtistSpace in NY (2001). She has participated in the DDessin fair, the Salon de Montrouge and in 2020 in the Galeristes fair. She is currently showing her installation The last Super in the exhibition « L’art et goût 2 » at the Château du Rivau, Lemeré.