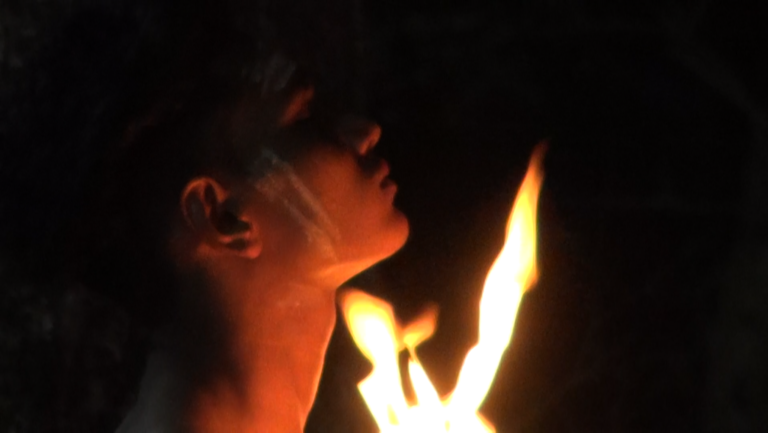 Le Don [The Gift] by André Fortino presents an accidental shaping of the ineffable. During his travels in India, the artist immersed himself in observing the religious ceremonies of Theyyam in Kerala. Among the hundred images captured, one fragment caught his attention, that of a young man in a state of ecstasy, holding two torches against his chest. In a desire to capture the depth of this one-and-a-half-minute sequence, the artist slowed the image down to infinity until it caused a software bug. The distorted image elements have been merged so that the flame, the background and the face of the young man merge. This fortuitous result offers a formal interpretation of the inexplicable surpassing of oneself.