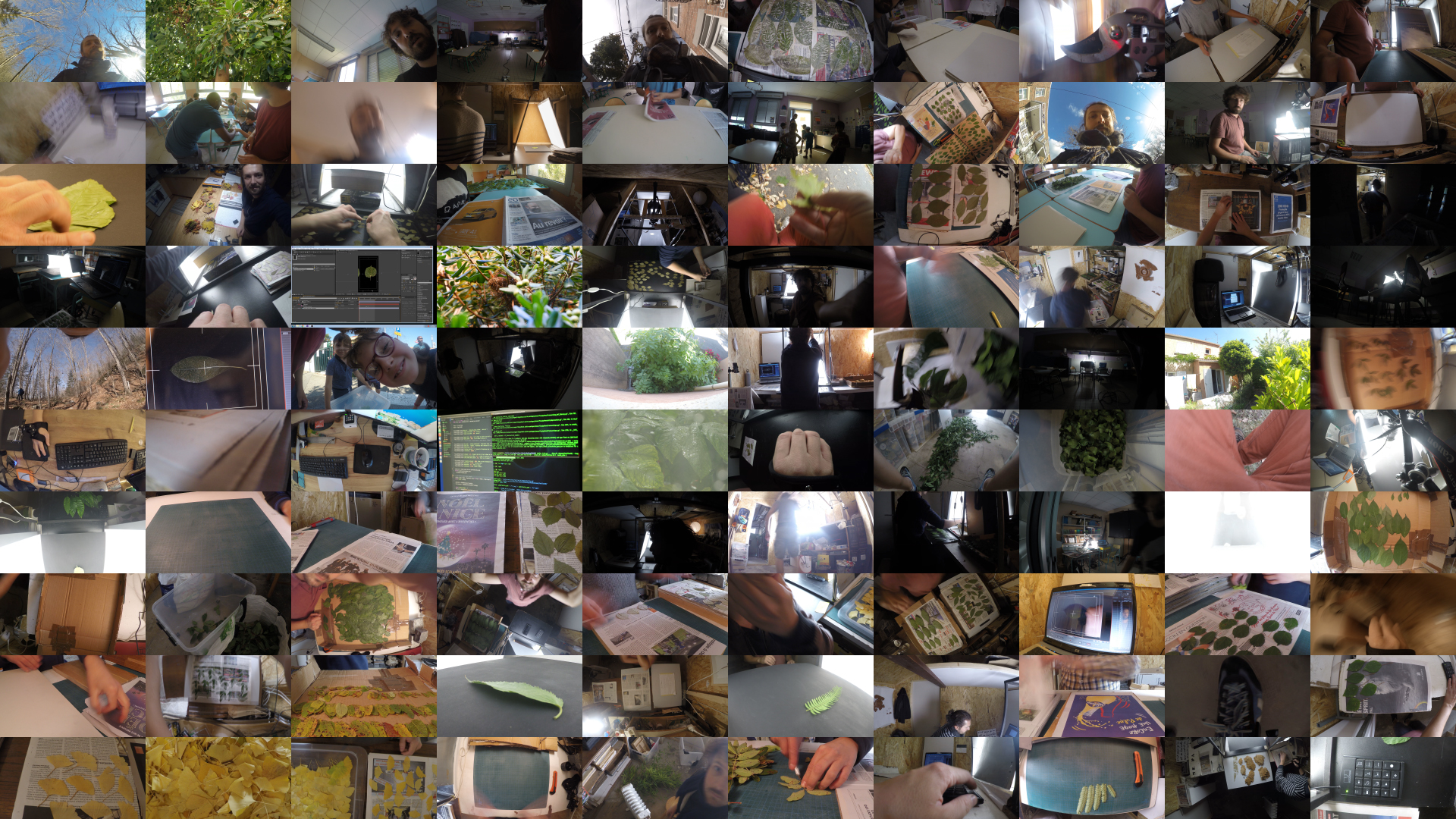 © Florian Schönerstedt, The Human in the loop, 2021

The human in the Loop

This video is presented within the framework of the project « The leaves of the tree that does not exist » produced in collaboration with the scientist Romain Trachel.

Like Sisyphus, the artist has been forced for four years to carry out a colossal work of inventorying tree leaves of different species according to a precise protocol: each one is meticulously dried, classified, photographed and listed. This database regularly feeds an AI (Artificial Intelligence) capable of recognizing the individuality of each sheet and generating new ones in turn. As the amount of data increases, the AI ​​creates more elaborate forms, until giving rise to chimeras. This ongoing performance brings to the fore the underground work of man inherent in the proper functioning of AI.