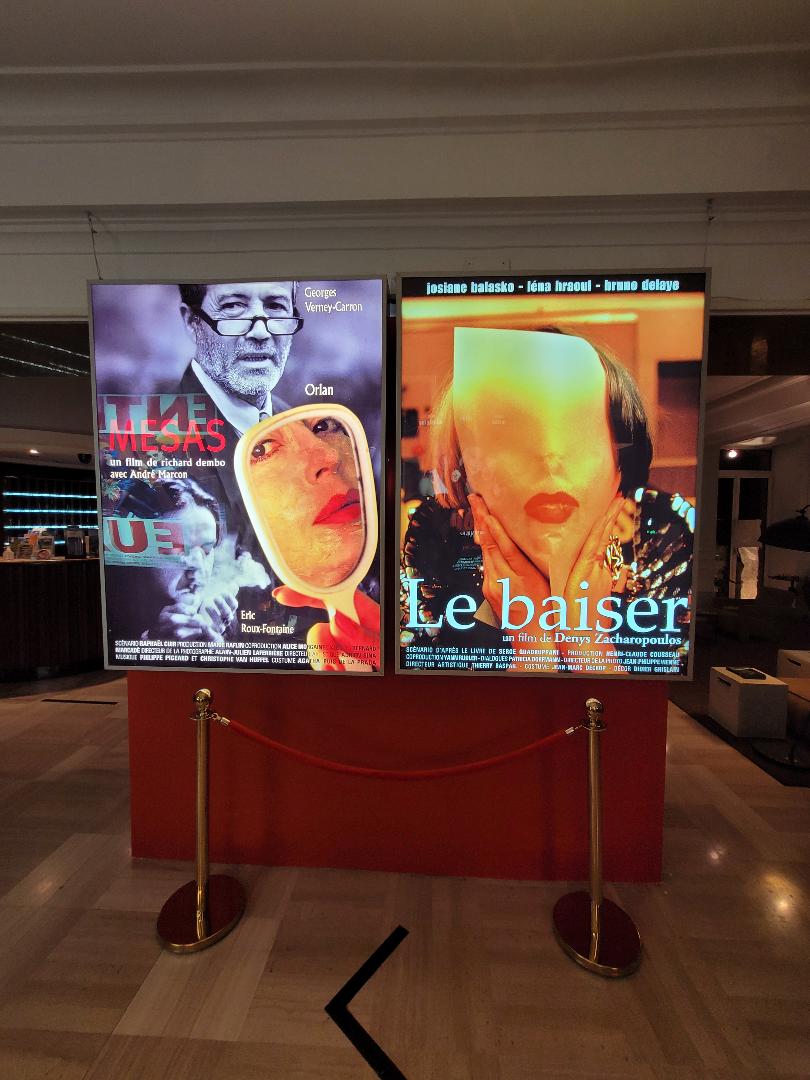 From October to 31 January, the artist ORLAN, guest of honour at the OVNi festival, will be taking over the hall of the WindsoR hotel with six light boxes from her series « Le Plan du film » (The Film Plan) from 1989 to 2001.

« […] Le Plan du film, a series of works imagined from the reading of a quote by Jean-Luc Godard: « The only greatness of Jacques Becker’s Montparnasse 19 is that it is not only a film in reverse, but in some way the reverse of cinema.

My concept was to take Godard literally, to create an upside down film, starting with the poster and promotion with the trailer, a soundtrack and a TV show to launch the feature.

I used the services of an advertising agency, Publidécor, which specialises in 1950s painted film posters, to create fourteen painted posters using photos of myself and recycled artwork. My intention, through these hand-painted acrylic posters on 3m×2m canvases, was to tell the story of my life in art by recycling images of my works. » – ORLAN, Excerpt from Le plan du film, 1989-2001