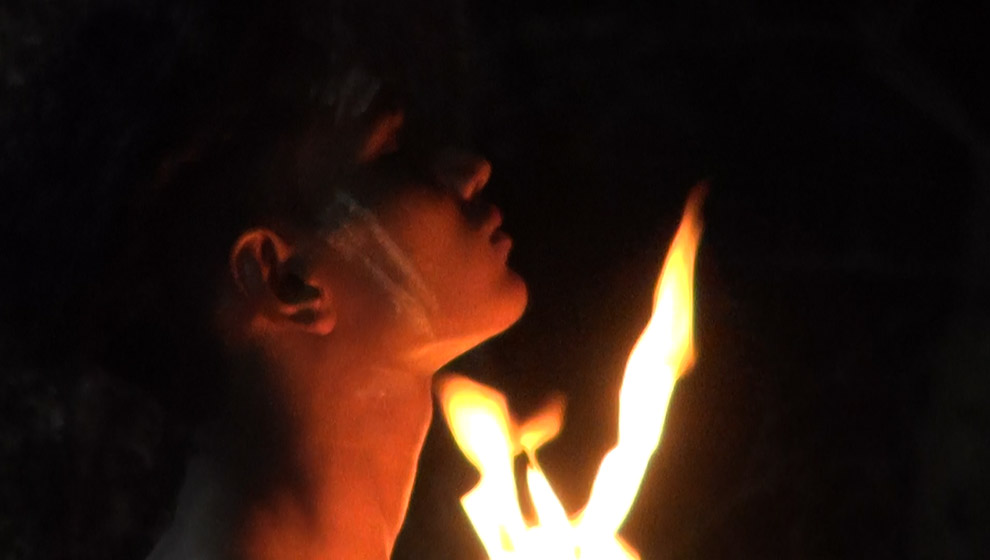 Supported by the Villa Borghese Hotel

« The sequence, tenuous, originally lasting only a few seconds, shows a young man with a naked torso, an absent gaze, and holding against his chest two lighted torches whose burning flames lick up to his face. The video was shot by the artist in South India during a Theyyam ritual. André Fortino travelled through the villages of the state of Kerala to witness these « archaic » ceremonies. During these rituals, shamans make contact with the invisible worlds in order to attract the benevolence of the gods. André Fortino lived the spiritual power of these moments of incantations, he shared the disturbing experience of the modification of consciousness and it is this single ecstatic moment that he chooses to preserve.