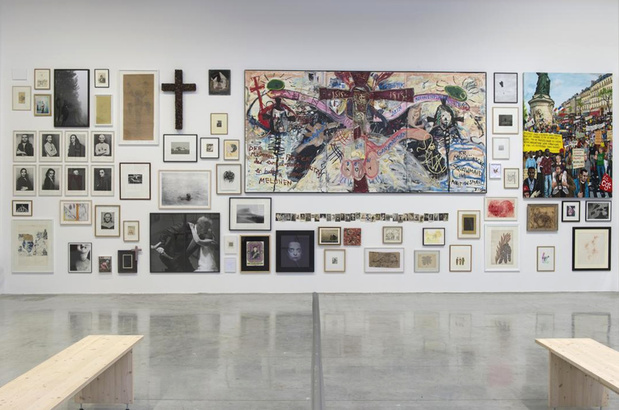 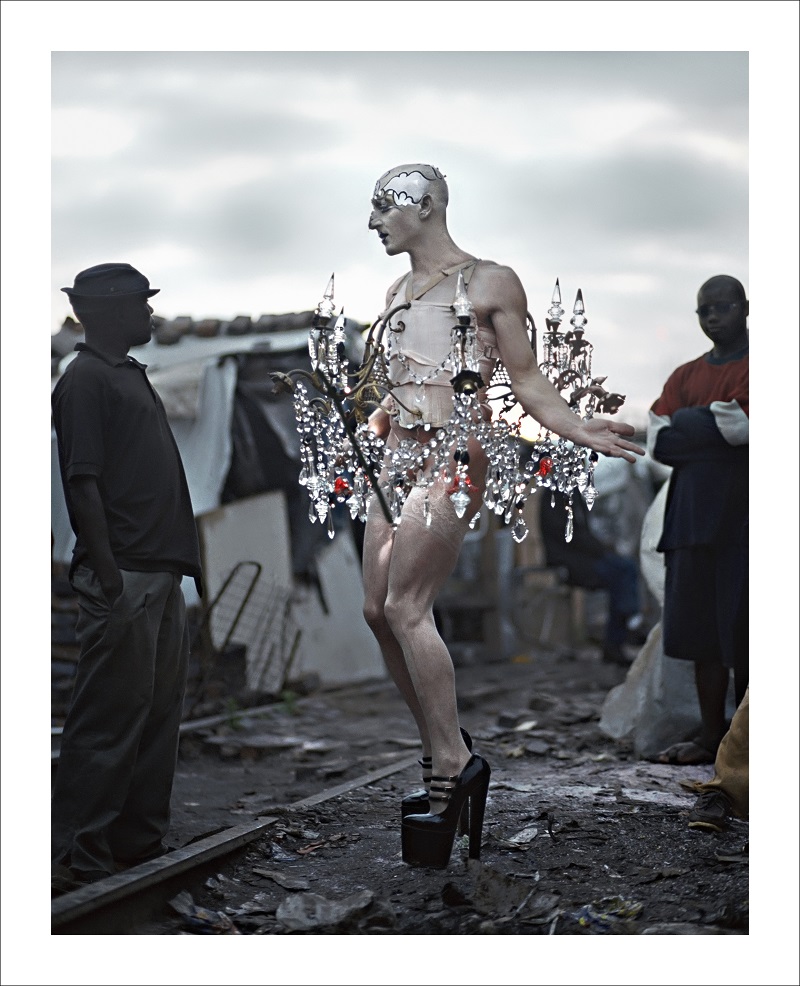 The Chandelier Project is a 2002 performance in a « squatter’s camp » in the Newtown area where Cohen was in residence. The artist appeared as a drag queen, wearing a « chandelier-tutu » and spectacular platform shoes, while, unexpectedly, « red-ants », the municipal security guards, were destroying the makeshift shelters. From the incongruity of this unexpected confrontation arises a patchwork of moments of brutality and sensitivity, grace and suffering, poetry and obscenity.

South African artist, visual artist, performer and choreographer Steven Cohen was born on 11 August 1962. From 1981 to 1984 he did a Bachelor of Arts degree in Psychology, English and Literature at the University of the Witwatersrand. In 1985 he graduated from the Ruth Prowse School of Art in Capetown, South Africa. He has received numerous awards including the VITA Art Now, 1993, Momentum Life Award, 1993, FNB VITA, 1998 and the Ampersand Foundation Fellowship, New York City from November 2003 to January 2004. His work has been exhibited in New York, Johannesburg, Sydney, Berlin and Paris.